A Single buoy mooring (SrM) (also known as single-point mooring or SPM) is a loading buoy anchored offshore, that serves as a mooring point and interconnect for tankers loading or offloading gas or liquid products. SPMs are the link between geostatic subsea manifold connections and weathervaning tankers. They are capable of handling any tonnage ship, even very large crude carriers (VLCC) where no alternative facility is available.

In shallow water SPMs are used to load and unload crude oil and refined products from inshore and offshore oilfields or refineries, usually through some form of storage system. These buoys are usually suitable for use by all types of oil tanker. In deep water oil fields, SPMs are usually used to load crude oil direct from the production platforms, where there are economic reasons not to run a pipeline to the shore. These moorings usually supply to dedicated tankers which can moor without assistance.

Several types of single point mooring are in use.

A commonly used configuration is the catenary anchor leg mooring (CALM), which can be capable of handling very large crude carriers. This configuration uses six or eight heavy anchor chains placed radially around the buoy, of a tonnage to suit the designed load, each about 350 metres (1,150 ft) long, and attached to an anchor or pile to provide the required holding power. The anchor chains are pre-tensioned to ensure that the buoy is held in position above the PLEM. As the load from the tanker is applied, the heavy chains on the far side straighten and lift off the seabed to apply the balancing load. Under full design load there is still some 27 metres (89 ft) of chain lying on the bottom. The flexible hose riser may be in one of three basic configurations, all designed to accommodate tidal depth variation and lateral displacement due to mooring loads. In all cases the hose curvature changes to accommodate lateral and vertical movement of the buoy, and the hoses are supported at near neutral buoyancy by floats along the length. These are:[1] 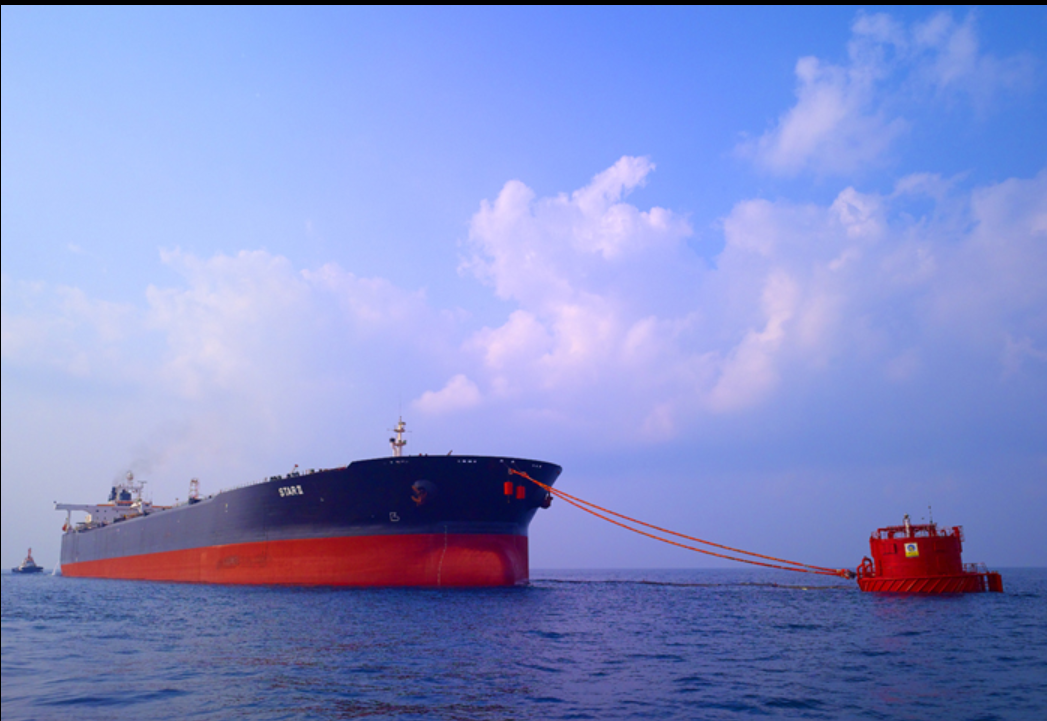 Next: PIPELINE RIGHT-OF-WAYS: THE BASIC COMPONENTS