The British market research agency RenewableUK predicts that with the expansion of the offshore wind power sector in the next four years, the global market size for submarine cables will grow by 57%. 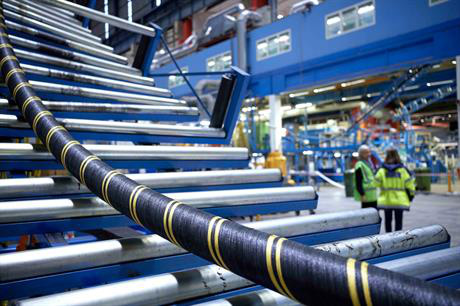 This means that by 2023, more than 206,000 Submarine Cable Installations will be deployed in the global offshore wind market, with a total length of more than 16,000 kilometers, mainly distributed in the United Kingdom, the United States, Germany, and China (including Taiwan).

RenewableUK predicts that the demand for installed exit and array cables (measured by length) will also increase significantly over the next five years, from 1,642 kilometers in 2019 to 2,647 kilometers in 2024.

RenewableUK added that to date, less than 25% of the contracts for more than 16,000 kilometers of cable required to install new maritime transport capacity during this period have been awarded.

It predicts that 9,606 kilometers of inter-array cables will be installed between 2020 and 2024, which will connect turbines to offshore substations. Of this total, only 2,178 km (22%) were awarded to cable manufacturers.

RenewableUK also predicts that 6,750 km of export cables (connecting the project to the onshore power grid) will be required during this period, while only 1,686 km (25%) of manufacturing contracts and only 1,450 km (21%) of installation contracts were awarded.

Trade agencies point out that this is a "great opportunity" for manufacturers, suppliers and other companies producing and installing offshore wind power cables.

Next: How is the Submarine Cable Laid? (3)