How Are Subsea Oil And Gas Pipelines Built?

We learned from China Submarine Pipe Laying Providers that no matter what scheme is adopted for offshore oil and gas fields, oil and gas needs to be transported from the inside of the formation to the platform, FPSO or onshore terminal. Laying submarine pipelines is the most direct and effective method of transportation. Submarine oil and gas pipelines are the "lifeline" of marine oil and gas production systems. The longest submarine pipeline in the world is the Langeled pipeline from Norway to the United Kingdom, with a total length of 1200 kilometres. It was put into operation in 2007. The world record for the depth of the sea where the pipeline is located is 2,775 meters, which was created by the "Solitaire" pipelaying vessel. At present, my country has laid more than 6,000 kilometres of submarine oil and gas pipelines. The longest Submarine Pipeline Laying is the Yacheng 13-1 gas field, and the gas transmission pipeline is 778 kilometres long.

What is the submarine oil and gas pipeline? Submarine pipes are pipes that are laid on the bottom of the sea and continuously transport oil, gas and water. To make an analogy: offshore oil and gas facilities are all valuable "points". Only by connecting "points" through oil and gas pipelines, can a complete system be formed and the overall value of the production system be exerted. Submarine pipelines mainly include flat pipes, expansion bends and risers. The submarine flat tubes are laid flat on the bottom of the sea and are the main force of subsea oil and gas transportation. Expansion elbows are used to connect subsea flat pipes and risers. Affected by the temperature difference of seawater, the steel pipe has the phenomenon of thermal expansion and contraction. The expansion bend can compensate for the change in the length of the sea pipe. The riser is a vertical pipeline on the seabed, connecting the subsea flat pipe to the offshore production facility. Deepwater risers are usually free standing in the water, such as top pre-tensioned risers (TTR), steel catenary risers (SCR), flexible risers, tower risers, etc. In addition, a crossover pipe is also essential. It connects the Christmas tree and the production manifold. According to the different output of the oil field (oil, gas, water) and production, choose the corresponding pipe diameter and structure of the sea pipe, theoretically, the greater the output, the thicker the pipe diameter. 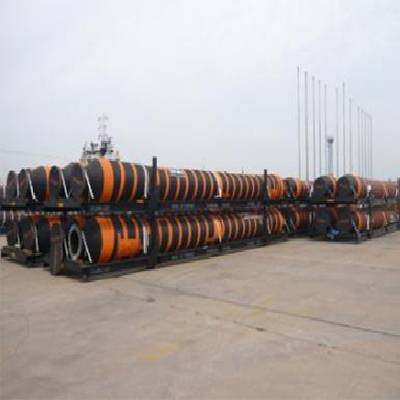 In order to prevent the hydrates formed by deep water, low temperature and high pressure from blocking the sea pipe, it is necessary to use insulation pipelines; and the heavy oil on the sea needs to be transported after the platform is heated, so the hot oil transportation process and insulation pipeline structure are needed. The electric heat tracing sea tube adds a "warm baby" to the seat tube. In order to increase the stability of the pipeline, concrete counterweight sea pipes came into being.

Previous: If The Submarine Cable Is Broken, How To Repair It?

Next: Accident Handling Of Submarine Cables