The laying of the submarine cable from the 220 KV main island to Yushan's third loop is completed!

At 2 pm on May 4th, the last submarine cable from the third circuit of 220 kV Yushan, which was 18.35 kilometers from the Mamu Island of Zhoushan Island, successfully landed on the eastern seawall of Yushan Island for 4 days and 4 nights The oil field submarine cable laying project on the third loop of 220 kV Zhoushan to Yushan was successfully completed. Since the construction of the Zhejiang Yushan Petrochemical Base Project, Yushan Island has been powered by 220 kV double-circuit transmission lines. With the growing demand for energy in the production and construction of the Yushan Green Petrochemical Base, the power supply pressure on Yushan Island continues to increase.

The 220 kV Zhoushan to Yushan Third Submarine Cable consists of three submarine cables. The first and second submarine cables were laid on April 5 and April 20, respectively. The submarine cable is laid by Qifan No. 9, the most advanced submarine cable construction vessel in China. The vessel is equipped with DP dynamic positioning system and an eight-point anchoring system. It has the advantages of strong wind and wave resistance, high level of automation, high construction efficiency, and precise laying. 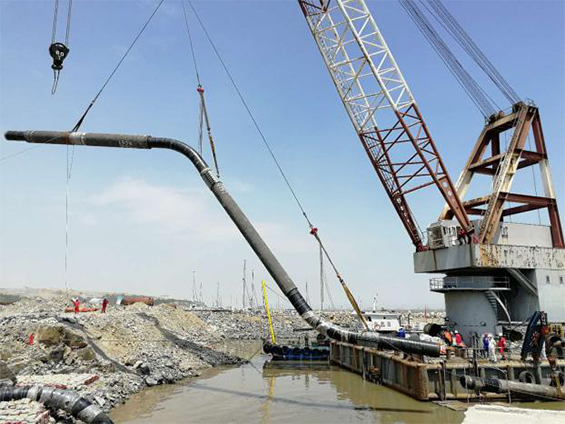 The routing area of the project is located in the sea area from Zhoushan Island to Yushan Island. There are many ships going to and from the sea. It also spans multiple pipelines such as cables, oil transmission, and water supply. Before the official construction, the State Grid Corporation conducted repeated surveys on the sea area, ascertained the underwater situation, formulated a detailed construction plan, and communicated and coordinated with the maritime department, traffic control department and shipping department to ensure construction safety. During the construction period, the Red Ship Party Member Service Team guards the construction area around the clock to remind the passing ships to avoid evasion and ensure the safety and stability during the construction period. As night fell, the "Island Pioneers" were still busy on the submarine cable construction ship. In order to ensure that there was no error in the laying task, they silently paid and fought on the front line.

We are a professional offshore pipe repairing service provider. If you are interested in our products pls contact us!

Previous: Do You Understand The Welding And Anticorrosion Of Submarine Pipelines?

Next: How Was The World's First Submarine Cable Laid?