How is the Submarine Cable Laid? (2)

In offshore wind farms, wind turbines are generally arranged in accordance with the principle of maximizing the use of wind energy resources. At the same time, the impact of wakes between wind turbines must be minimized. Therefore, when designing the layout of the submarine cable, a reasonable Effective connection.

At present, the layout of current collecting lines inside offshore wind farms is mainly divided into the following three basic forms: radial, ring, and star.

Radial layout is a common internal linking method adopted by most wind farms. Its characteristics are simple structure and low investment cost. Compared with radial layout, circular layout requires higher investment cost, but it can achieve a certain degree of redundancy and reliability. Sex is higher. The ring layout can be further divided into the following different forms: unilateral ring, bilateral ring, and compound ring derived from the combination of the two. 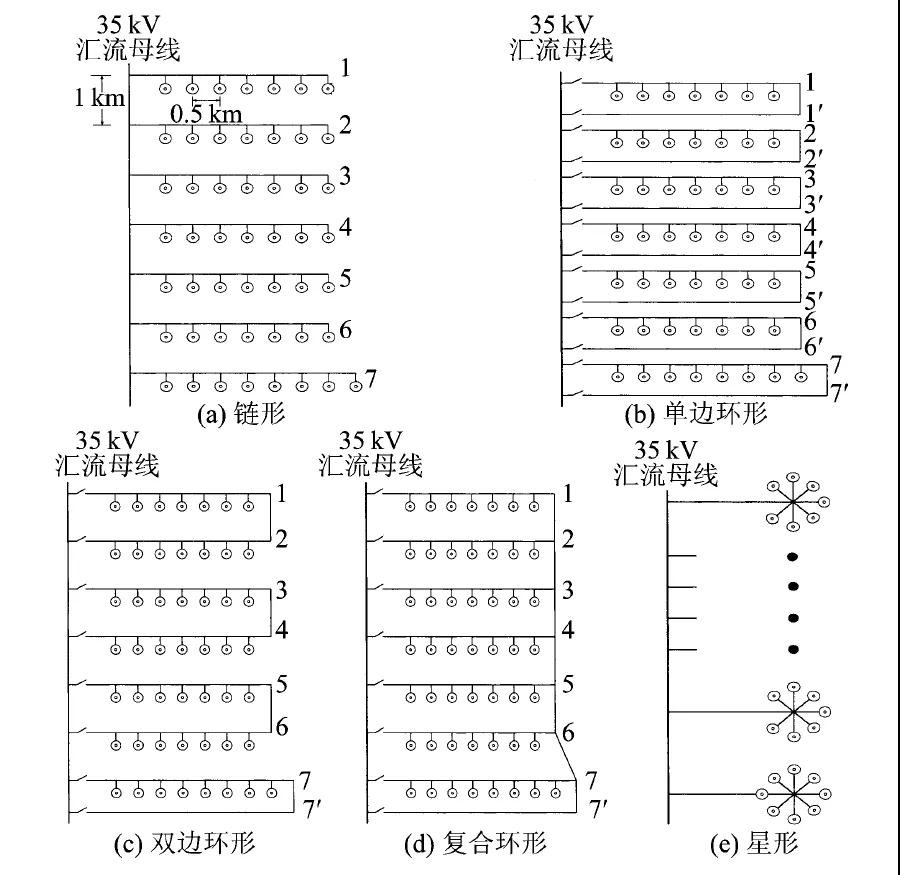 The trenches are buried and covered with protective materials that are stable and anchored.

Among them, the stability of the covering protective material requires a large investment, and the anchor protection is only applicable to the rocky sea floor.

Previous: How is the Submarine Cable Laid? (3)

Next: How is the Submarine Cable Laid? (1)