Do You Understand Submarine Cables? 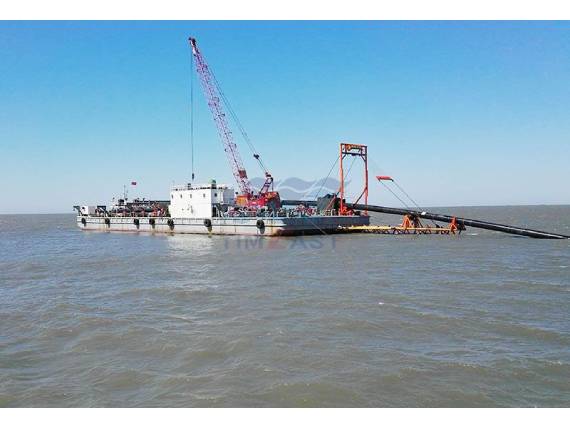 The structure of the deep-sea optical cable is relatively complicated: the optical fiber is set in a U-shaped groove plastic skeleton, and the groove is filled with grease or an elastic plastic body to form a fiber core. The core is wrapped with high-strength steel wire. During the winding process, all the gaps are filled with waterproof material, and then a layer of copper tape is wrapped around the wire and welded to make the steel wire and the copper tube form an The combination of compression and tension. A layer of polyethylene sheath is added to the outside of the steel wire and copper pipe. This tight multi-layer structure is to protect the optical fiber, prevent breakage and prevent the intrusion of seawater. In areas where sharks are infested, a polyethylene sheath should be added outside the submarine cable.

The structure of the submarine optical cable requires strong and light materials, but light metal aluminum cannot be used, because aluminum and seawater will undergo an electrochemical reaction to generate hydrogen, and hydrogen molecules will diffuse into the glass material of the optical fiber, causing the loss of the optical fiber to increase. Therefore, the submarine optical cable must prevent the generation of hydrogen inside, and at the same time prevent the hydrogen from penetrating into the optical cable from the outside. For this reason, in the early 1990s, an optical fiber coated with carbon or titanium was developed to prevent the penetration of hydrogen and prevent chemical corrosion. The optical fiber connector is also required to be high-strength, and it is required to continue to maintain the strength of the original fiber and the surface of the original fiber from damage.

Submarine Pipeline Laying Companies say that submarine cable breaks generally have two major causes. One is force majeure such as earthquakes and tsunamis, and the other is man-made causes. Once the cable is disconnected, it not only has a huge impact on international communications, so the losses caused are even more difficult to estimate. Submarine optical cables are usually buried 1 to 2 meters deep under the seabed. Because the seabed is not very regular, the optical cables are sometimes exposed. Both the anchoring of a fishing boat and the use of trawl nets may destroy the optical cable. Therefore, the place where the optical cable passes through the seabed is zoned as a prohibited anchorage area, and ships are not allowed to dock. This principle is the same as that of optical cables on land. We often see such signs on the road as "There are optical cables underground. Construction is prohibited." Submarine optical cables need to be protected, and technology needs to be strengthened to improve their own tensile strength. Submarine Cable Repairing need us. China Submarine Pipeline Laying is here waiting for you.

Previous: How Was The Submarine Oil And Gas Pipeline Built? (2)

Next: How Was the Submarine Oil and Gas Pipeline Built? (1)